The Elements of Hold’em: Deception

“All warfare is based on deception.” – Sun Tzu, The Art of War

When the semi-legendary Chinese general and philosopher Sun Tzu wrote his now-famous book on military tactics some 2,500 years ago, he couldn’t have imagined it becoming one of the most popular books in the world. But The Art of War has been cited throughout the centuries, both on and off the battlefield. Business leaders refer to it all the time. New England Patriots head coach Bill Belichick is a devotee – as are many top poker players.

The most famous quote from The Art of War is the one you see above. You can take advantage in just about any competitive situation by faking out your opponents; this is especially true when you play Texas Hold’em at Bovada. Poker is a game of incomplete information, where the players make decisions based on the actions of others. You can throw these players off by making deceptive plays that disguise your hand and your intentions. Failing to do so will make your play transparent and leave you ripe for the picking.

Springing the Trap in Texas Hold’em

At its most basic level, deception in poker means acting weak when you are strong, and strong when you are weak. The check-raise in Hold’em is a classic example of deceptive play. When you check out of position, you are representing a weaker hand. Then, when your opponent bets and you fire out a healthy raise, you are representing a strong hand. It can be incredibly frustrating to your opponent, which is why check-raising used to be considered highly impolite – and still is, in some old-school circles.

The trick with deception in Hold’em is to use it judiciously. In most cases, you should bet and raise when you’re strong, and check and fold when you’re weak. But you’ll make more money in the long run by mixing in the right amount of “bluffs” with your value bets. Ideally, those bluffs should be hands that can still draw to something big on later streets if your opponent calls, like flush draws and straight draws. Holding blockers to your opponent’s possible made hands is also a plus.

This strategy will leave you with a condensed (or capped) range of Hold’em hands when you call instead of raise, but you can still use deception here by occasionally slow-playing really big hands that probably won’t get out-drawn as more cards hit the board. Doing this against overly aggressive opponents is a great way to spring the trap and take their money – just make sure these players aren’t actually sharks in donkey’s clothing. Deception cuts both ways at the poker table.

When it’s time to play a little online poker, what’s your favorite: cash games, or tournaments? ...

What if you could play online poker at Bovada and never lose? There are no such guarantees, of cours...

Continuation Bets: When to C-Bet

There was a time, maybe 20 years ago, when you could print money at the poker table with one simple ...

There aren’t too many things more frustrating in tournament poker than just missing out on the mon...

How to Spot a Bluff in Poker

Nobody likes to get bluffed at the poker table. Folding the winning hand after your opponent bets is... 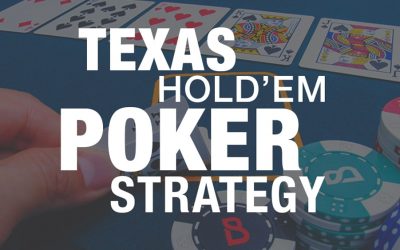 The Elements of Hold’em: Leverage

Over 2,000 years ago, the Greek polymath Archimedes said something to this effect: Give me a lever a...