When Phil Ivey looks back on his poker career, he might want to skip 2017. This has been a difficult year for Ivey, as he battles “edge-sorting” baccarat lawsuits on two fronts; Ivey skipped the 2017 World Series of Poker as a result. However, a recent interview revealed that Ivey is currently living in Hong Kong, playing the biggest live poker games available in Macau and Manila, and that he’ll return to the tournament felt in 2018.

This is welcome news for poker fans who have been clamoring to see the consensus No. 1 player in the world. Aside from his legal issues, Ivey was practically invisible this year after making only the rare appearance at “Bobby’s Room” in 2016. But the 10-time WSOP bracelet winner and recent inductee into the Poker Hall of Fame has been busy working to promote poker in Asia. Over the past two years, familiar names like Ivey, Tom Dwan, Dan “Jungleman” Cates, John Juanda and Brian Rast have been drawn to the high-stakes cash games in Macau, with Manila gaining in popularity as the Chinese government tightens its grip on the ostensibly autonomous region. Let’s hope Ivey does indeed make it back to these shores for the 2018 World Series of Poker.

While Ivey and most of the aforementioned players like to keep their social and political opinions close to the vest, others are outspoken about their views, especially on Twitter. Mike “The Mouth” Matusow and Vanessa Selbst ended up in a testy exchange over Matusow’s comments regarding Harvey Weinstein, the discredited Hollywood producer. Suffice to say, Selbst didn’t mince words with her reaction to those comments.

With Weinstein on the outs, it appears that the chances of Rounders 2 getting produced are as low as ever. Weinstein was the executive producer for the 1998 original; in 2013, Weinstein said that he was in talks with Matt Damon on a sequel. Damon said in an interview earlier this week that he was “absolutely sick to my stomach” over hearing about the Weinstein sexual abuse allegations.

Phil Hellmuth made himself a healthy chunk of change last week – not at the poker table, but on the basketball court. After a poker session in Pittsburgh, Hellmuth was offered 10-to-1 odds on making a 3-point shot with no warm-up beforehand. With $1,500 of his own money on the line, and with Shaun Deeb and Olivier Busquet among the witnesses, Hellmuth made the shot at around 2 AM, pocketing $15,000 in the process. Most of that money came from Doug Polk, who posted the footage on Twitter and asked for donations to help him pay off the bet.

Bovada World Cup Freeroll – Win a Trip for 2 to Vegas 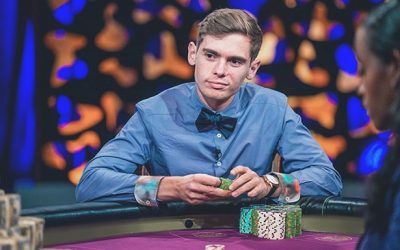 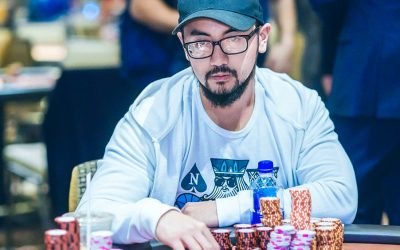 Just over a year ago at the Bellagio in Las Vegas, Ryan Tosoc finished second to James Romero at one... 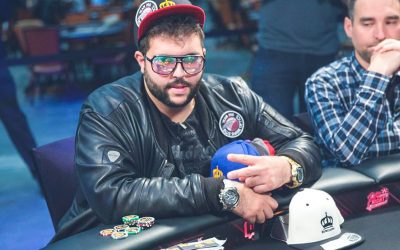 For a little while this past spring, Salomon “Hashtag King” Ponte was the most talked-about pers...